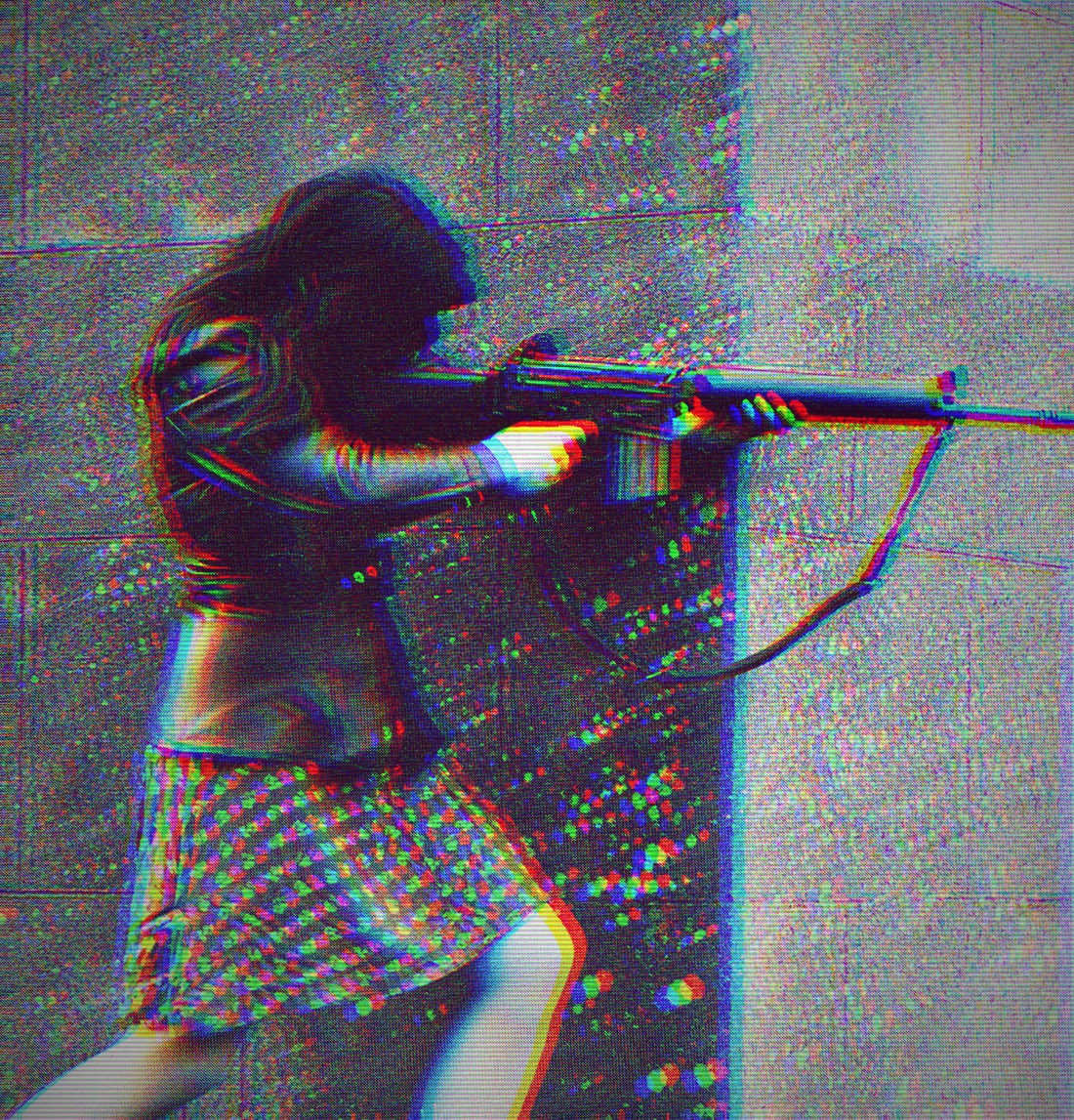 End Note: To Those Who Say, “Violent resistance only counts as self-defense if done as a last resort, in the immediate moment of the assault.”

“On the night of November 16, 1982, in Cheyenne, Wyoming, Richard Jahnke, Sr. stepped out of his car and into the range of the 12-gauge shotgun held by his sixteen-year-old son. Richard, Jr. fired six times; four of his shots hit his father in the chest. Inside the house, his seventeen-year-old sister Deborah waited in the living room with a semiautomatic .30 caliber M-1 carbine. She did not have to shoot. One hour after the shooting, Richard Jahnke, Sr. died from the gunshot wounds inflicted by his son.

“Richard was charged with first degree murder, and with conspiring with his sister Deborah to commit first degree murder. At trial, the children relied on the defense that they had been protecting themselves from abusive acts by their father. Richard Jahnke testified about years of violent abuse. He told the jury that his father had been beating his mother and him and sexually abusing and beating his sister for as long as he could remember. Richard and Deborah testified to repeated unsuccessful attempts to obtain help from local child protection agencies. Richard’s attorney also attempted to have a forensic psychiatrist testify to the effects of this history of abuse on Richard’s perception of danger on the night of the killing. The trial court, however, excluded this testimony. The jury found Richard guilty of first degree manslaughter and sentenced him to five to fifteen years in prison.

On appeal, Richard challenged the trial court’s exclusion of the expert testimony. The Supreme Court of Wyoming affirmed the trial court’s ruling. The court began its analysis of the self-defense issue by stating that the only admissible evidence pertaining to self-defense was “‘evidence which establishes that defendant had a bona-fide belief [he] was in imminent danger of death or great bodily harm, and that the only means of escape from such danger was through the use of deadly force.‘”

We ask only that self-identified “anarchists” and “radicals” refrain from relying on such heuristics as the court of law, which they claim to reject, to pass judgment on the ethical justifiability of survivor autonomy. You have established an absurd ethical double-standard, which you will not admit amounts to a rule of law, according to which any victim or survivor who fails to physically overpower an assailant in the exact moment of assault, during a traumatic experience when they have already had their autonomy and agency taken from them, automatically loses all right to take their autonomy and agency back from their oppressor by any means available or necessary.

This standard becomes absolutely absurd in light of almost any consideration of what rape actually is in real life–it is very rarely a stranger in an alleyway leaping out of a bush, but almost always someone the victim knows, loves, or depends on. Almost always someone who wields some kind of power over them. Rapists, by definition, rob a person of their agency and autonomy, and by nature the circumstances in which rape is most likely to occur are circumstances in which the victim is already disempowered. We recognize that sex with an intoxicated person is rape, even if the person says “yes,” because intoxication inhibits a person’s ability to give meaningful, fair, informed consent. How exactly is such a person supposed to overpower their assailant in the moment of an assault in self-defense? How is a child or an adolescent supposed to overpower their father in the moment of an assault? A woman who is raped by her husband in her sleep?

In establishing this standard of protection that applies to rapists after the fact but not to victims, you are implicitly establishing is a standard by which any rape that can be successfully completed is a de facto protected act. A standard by which the most physically powerful may enact domination, rob another person of their autonomy, and expect their actions to be protected by “the community” as long as they can successfully carry out the rape. You collaborate with the rapist in reifying that power, making that loss of agency and autonomy permanently reinforced by agreement of “the community.” We note that this standard is especially grave when it comes to children, the elderly, people with disabilities, or people who face structural oppression that inhibits their ability to act in the face of an assailant whom they know wields power over them.

We do not, and never have, advocated for the introduction of a standard, procedure, rule, or policy of executing every rapist, and we are tired of this disingenuous straw man. We reject the absurd logic of Engels’ “On Authority,” that supposes any act of force is automatically authoritarian, even a slave killing their master, or a prisoner killing their prison guard, and we find it utterly strange that self-identified “anarchists” seem to selectively apply an Engelsian standard specifically and only to survivors of sexual violence. We ask that “anarchists” stop coming down on the side of the judges, juries, courtrooms, prisons, and cops, who would send an adolescent to prison for 15 years for enacting violent resistance and radical solidarity with his sister against their father, and then passing yourselves off as “anti-carceral.”

We ask that you stop treating rape as an individual mistake, pathology, deviance, or “sin” to be redeemed from, and recognize it as the structure of power and hierarchy that it is. We ask that you stop holding survivors to this rigid moral standard while accusing them of being bloodthirsty puritanical authoritarians for contemplating the possibility of acts of resistance, for even imagining taking back the agency and autonomy that has been taken from them. Stop slandering queer and trans feminist anarchists as reactionaries for citing the theory of past trans and queer feminist anarchists[3]namely, Dangerous Spaces: Violent Resistance, Self-Defense, and Insurrectional Struggle Against Gender. Stop thumping your Transformative Justice workbooks like street-corner preachers, stop accusing Black trans anarchists of “belittling BIPOC resistance” for criticizing white anarchists’ investment in the recapitulation of white supremacist rape culture.

We do not believe there is now or ever will be a single one-size-fits-all solution that can be applied to every instance of sexual violence. That is the entire point.

But it is not our job to save the souls of our oppressors.

We sincerely have no interest in what a rapist or abuser “deserves.” We have no universal policy for evaluating whether someone “deserves” a particular response or not. If an individual rapist desires “redemption,” that’s okay for them to want, but they are invited to take it up with God. Not us, and certainly not their own survivors. If an individual rapist sincerely changes and wants to actively work against rape culture, then they are invited to engage in the long-term work toward rehabilitation with those who are willing to dedicate years of their lives to rehabilitation efforts, but they are not entitled to share the communities of their own victims and survivors. Rape is always a choice. It is not a tragic mistake or something that has happened to the rapist. They are the agents of their own actions. There are many possible strategies, as individuals and communities, for responding to someone who chooses, by their own agency, to take away the body autonomy of another person. But no one who makes this decision is automatically entitled to a non-violent resolution.

Our goal is to interrupt structures of power, and interrupt the ability of those who enact domination to do further harm, by whatever means are available or necessary. Anti-rape politics are anti-fascist politics, no more, no less. 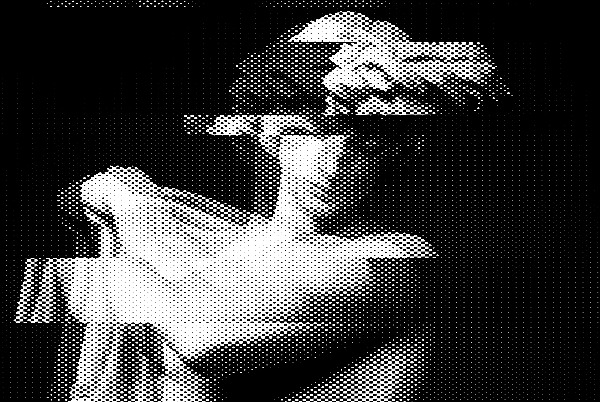